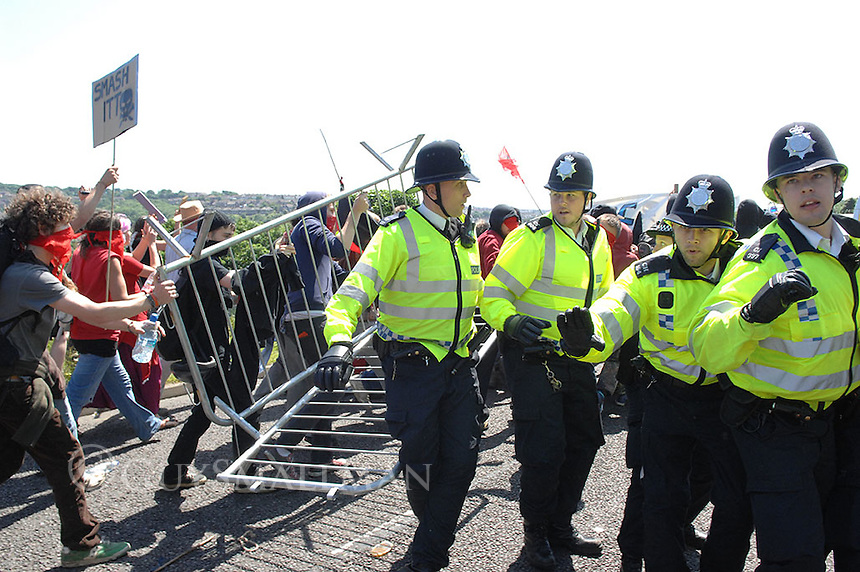 Carnival against the Arms Trade. Brighton, England. The protest was called against arms manufacturer EDO MBM which is based just outside of Brighton. After meeing at the Level In Brighton the protest moved up to EDO MBM where scuffles broke out between protesters and the Police. The demonstrators forced their way into the car park of EDO MBM where some windows were broken. There were ten arrests.