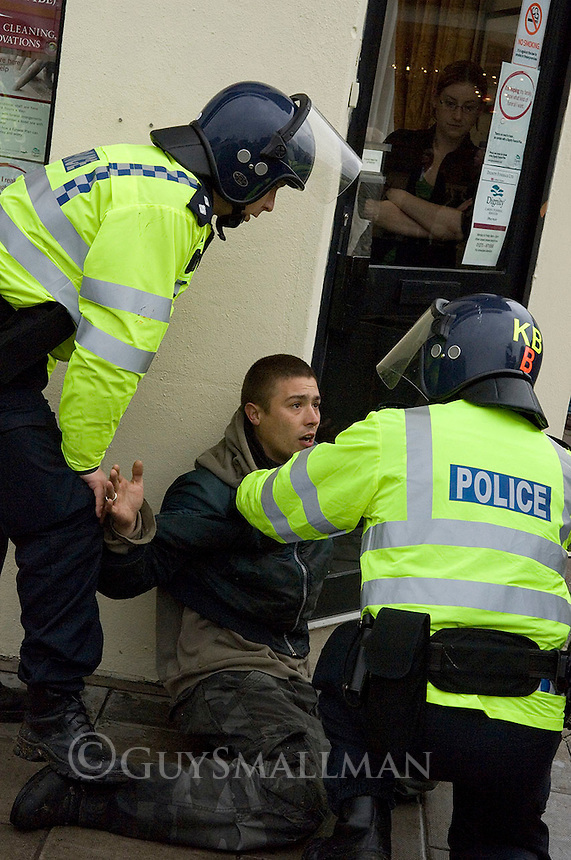 Protest against the Arms Trade. Brighton, England. The protest was called against arms manufacturer EDO MBM (now ITT) which is based just outside of Brighton. After meeting at Falmer station in Brighton the protest towards ITT and EDO MBM where scuffles broke out between protesters and the Police. Some heading across country clashed with Police who deployed dogs and pepper spray. Further clashes took place as the Police tried to contain the protesters back in the town.